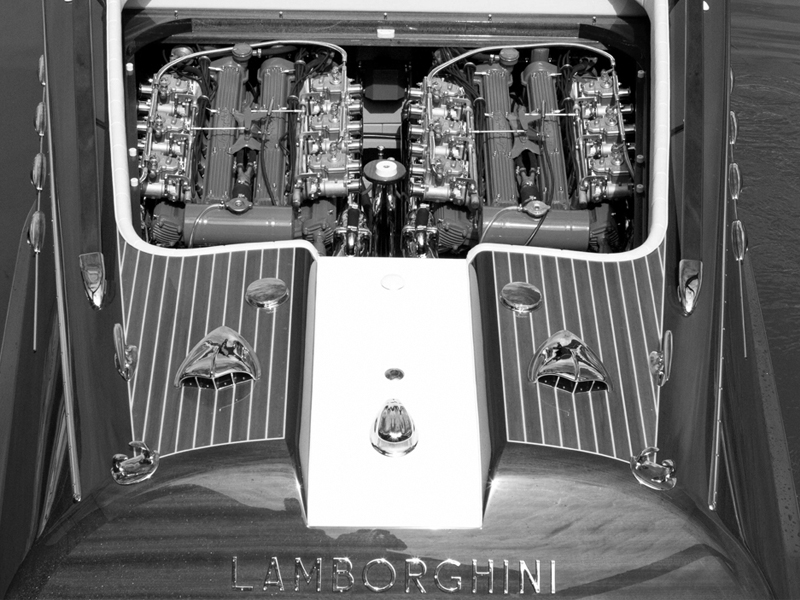 This fully restored 1968 Riva Aquarama, which was owned by none other than Lamborghini founder Ferruccio Lamborghini, was just too good to pass up. Combining two Italian legends, Lamborghini and Riva, this three-year restoration project has turned the 45 year-old craft into something that would make even Mr. Lamborghini himself proud. After Lamborghini’s death in1993, the whereabouts of his Riva were a mystery, at least until the boat was tracked down by Dutch Riva collector, Sandro Zani.

Zani is the owner of Riva World, a Dutch company specializing in restoring these vintage boats. Not a single detail was spared in the restoration process; the wooden interior was repaired, the seats were reupholstered, every electrical button and switch was repaired and reinstalled, and
every chrome piece was polished until it shined like new. As for that gorgeous wooden hull, it was completely repaired, sanded and refinished, with no less than 25 coats of finish being applied to the outside.

The Powertrain as difference

One of the biggest differences between the restored boat at the original is the powertrain. The V8 that was originally fitted to the Aquarama wasn’t available for sale at the time of the restoration, and Zani had to get creative when considering what he would use to power his restored Aquarama. He settled on twin 4.0-liter Lamborghini V12s from the first Lamborghini ever created, the 350 GT. With the help of the late Bob Wallace, one of Lamborghini’s most famous test drivers, the dual V12s make 350 hp each and give the Aquarama a top speed of 48 knots, making it the fastest Riva Aquarama in the world. A video at Riva World shows testing of the boat, earlier this year, after the project was completed.