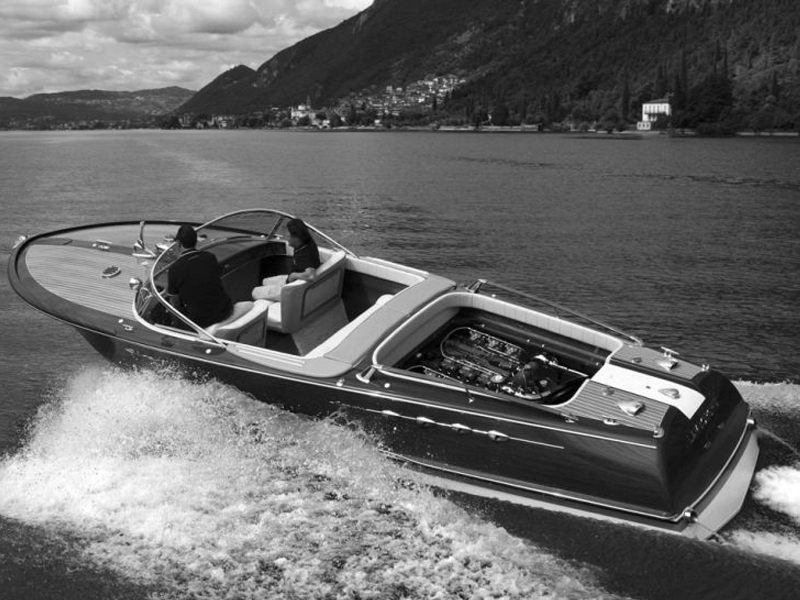 The Iconic Riva Lamborghini was registrated and delivered on the 7th of June 1968 to its famous owner Ferruccio Lamborghini. The boot had some specific and unique features. It was the first and only one fitted with two Lamborghini engines and it had special side railing for holding on to during waterskiing and record attempts. The engine compartment was modified to fit the engines and a special open exhaust was built just to meet Ferruccio’s demands.

For over 20 years Ferruccio was the owner of this boat until he decided to sell the boat to a close friend in July 1988 named Angelo Merli. Several speedskiing records were broken and off course Ferruccio was very passionate about his Riva as part of his lifestyle and exponent of Italian craft and design, maybe even just as passionate as he was about his Miura.

For more information on this concluded restoration prject of Riva World